Tourism in Zanzibar, from the slave trade to tourism boom

Aboard our very delayed flight from Nairobi to Zanzibar I could see a new shiny airport terminal building. “Have they opened a new airport?” I asked my friend Edwin. I had read about lots of new hotels and resorts opening on the shores of the Spice Island in recent years, so I knew the fabled Indian Ocean island with a turbulent past had become a very popular beach destination in East Africa. A new airport would make all the sense for tourism in Zanzibar.

Out on the bumpy tarmac, things had not changed. The new building was not finished, despite being under construction for months. And inside the terminal, where our luggage was wheeled in on metal cages, the light barely snuck through the dirty windows and the dust had long settled on the cracked tiles. Nothing had changed indeed.

I first dipped my feet into the fine sand of Zanzibar’s beaches in 2007 when I started working in Dar es Salaam and the appeal of a weekend beach escape was impossible to resist. I returned on a couple of other occasions, once with Edwin, when we were on our way to Pemba Island and spent a night in Stone Town.

The tourism explosion in Zanzibar

The Stone Town of my “One thousand and one nights” dreams was still the chaotic yet magical island I found in 2007, but with many more white linen shirts and straw hats in sight. As I first started working in Dar es Salaam, the idea of a weekend escape to famed Zanzibar became an easy reality. Armed with the conviction that We had to explore the island, my colleague and I walked into a travel agency and bought two paper tickets on ZanAir. We did not know much about Zanzibar’s slavery past or spice trading fame, but we knew there was a sister property of our Dar hotel, The Kempinski, on one of the beautiful beaches. And that was enough for two jaded consultants to succumb to its allure.

At that time, Zanzibar was known to only explorers enamoured with Africa and its name was synonymous with the spice trade and the tales of Arabian ruling. It was also the last stop for luxury safari goers in search of dust-free relaxation at the end of a game-driving filled vacation. 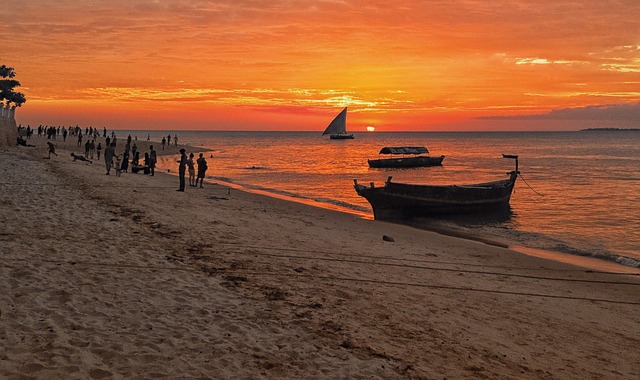 But the island has come a long way from the 140,000 estimated visitors in 2007 to today’s 200,000 plus. In 2014, fifty years after the country’s independence, tourism was the industry that had a third of the workforce employed and contributed 13% to Tanzania’s GDP. Zanzibar, as a main destination after the safari circuits, was a key player receiving around 15% of the visitors to the country.

Since that first stay at The Kempinski Zanzibar, the island has seen an explosion of high end and luxury hotels. On my last visit, in the summer of 2016, I saw the new Serena Hotel, a DoubleTree by Hilton and the opulent Park Hyatt all located within a small area in Stone Town. But these are only 3 of the 26 five-star hotels currently listed on the island.

Unlike Kenya, where there are several beach destinations, Tanzania’s sun, sea and sand getaways are all located on Zanzibar or one of the sister islands, Pemba and Mafia, which are largely underdeveloped although following in their older sister’s footsteps.

But today’s flash, glam and beautiful hotels and resorts are a far cry from Zanzibar’s historical role.

Zanzibar’s story is well forged around the slave trade. It was historically a Muslim enclave since the 11th century when Arabian explorers arrived down the coast from the Arabian Peninsula and the Persian Gulf. Then Portuguese explorers brought Christianity in the 17th century, when they landed on Zanzibar’s shores from the south.

The Portuguese presence ended when Omani rulers descended on the East Coast of Africa two centuries later. Zanzibar, with its privileged position and safe harbour, became the main slave market in East Africa and an important element in the Sultanate’s wealth. So much so that, in the 19th century, Said bin Sultan decided to make the island his main residence. As a result, infrastructure developed significantly on the island and palaces and gardens were built. Some of them can still be visited today. He also recognised, under British pressure, that slavery had to come to an end and that Zanzibar needed other sources of income to survive the very lucrative trade. So he introduced cloves, indigo and sugar which gave the island the nickname “Spice Island” that has remained until today.

But when he died, his two sons entered into a dispute that ended with them splitting the Sultanate between Zanzibar and mainland Muscat. From then on, the British presence in Zanzibar intensified and their pressure to end the slave trade eventually managed to eradicate the notoriously horrific practise. British Consul John Kirk signed the treaty to end slave trading in 1873 with Sultan Barghash, the same year Livingstone met his death in the interior African territory. He was embalmed by his assistant and carried all the way to Zanzibar where Kirk, an old friend, received it on condition of Consul.

At a loss without the income from slavery, the Sultan needed to find new sources of revenue on top of spices and, with the help of the British Consul, efforts were placed on the export of rubber and ivory. Slavery was replaced with animal and forestry exploitation which brought booming income to the island and made it more attractive to other powers. In 1885, five German ships found their way to Zanzibar and pointed their weapons at the Sultan’s Palace.

The conflict ended with the British and the German governments arriving at an agreement whereby the current border between Kenya and Tanzania was drawn. The inland territories that the Sultan controlled were taken over by Germany and the British Empire and the Sultan was left with a 10mile strip along the coast.

Subsequently, in 1890, Zanzibar became a British Protectorate under the rule of the Sultan and it remained so until the island’s and country’s independence in 1960.

The allure of Stone Town

Wandering the labyrinthine streets of Stone Town is like meddling into the life of the Zanzibar locals. The famous wooden doors Zanzibar is known for are open, children are playing in the street and store owners pledge their goods from the walls of their home’s ground floors.

Even on the brightest days the sun does not make it through the tall buildings and the narrow passageways that provide shelter to the women doing their grocery shopping and the tourists searching for the charm of centuries gone by.

Stone Town has been a UNESCO site since 2000, and its architecture is a blend of Zanzibar’s multi-cultural past. Arabian wind tower structures designed to channel the breeze stand tall above the narrow streets. Houses have wooden verandas on the first storey with very fine and intricate designs.

As you walk around at sunset, the call for prayer of the many mosques echo on the reddish coral stone most buildings are made of and which gave the city its name.

Sitting on the cushioned floor of Emerson on Hurumzi’s rooftop, with a 360 degree view of the city and the sea, the appeal of the city’s romance is apparent. High atop the crowds and the dark maze-like streets, the smells and sounds of the Spice Island float in the air. Compared to Tanzania’s mainland bland meat-based diet, Zanzibar’s is fresh, sourced from the sea and flavoured with the many Indian and Arabic spices. It is not hard to imagine the feeling of those first explorers as they realised they had discovered a paradise that had been turned into a human tragedy.

Today, as thousands of tourists arrive on the very same cracked tarmac I first stepped on in 2007, the allure of Zanzibar has not faded but only been painted with the smell of fresh flowers and the refined look of marble floors and polished replica door frames. Even if getting lost is now eased by Google Maps and the many guides able to point the way out, one can still watch the sun go down with a glass of tea atop one of the many rooftops sprouting out across the city, and just be. The air is as sticky and warm as it used to be, only it is now filled with prosperity and progress, just like it was in the 19th century when Said bin Sultan built the gardens and palaces that still stand today, if only covered with a dark layer of grime.

Why you should visit Djibouti – the country...

What to pack for a safari – expert...

What to do in Yap, the complete guide...

Travel guide and things to do in Somaliland

Things to do in Cape Town as recommended...

Things to do and see in Tonga’s captial...

The best hotels in Kigali and Rwanda